News From The Fields 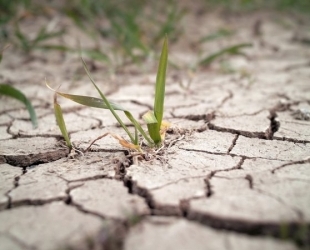 As is evident from north-western parts of the U.S., nearly three-fourths of the U.S. West is facing the most severe drought in the recorded history of the U.S. Drought Monitor system. Farmers in the Northwest U.S. are dealing with crop damage caused by drought and are having trouble irrigating fields as dry conditions are increasing the threat of water shortages. Such a severe drought conditions may affect 2021 U.S. pulse crop yields. In general, every U.S. pulse-growing region has received below average rain and crops are in various stages of dryness.

Farmers across Canada have their eyes on the sky as many parts of the country are experiencing drier than usual conditions this planting season. Drought is impacting the agriculture sector across Canada but the brunt of the dry weather is being felt in Manitoba and Saskatchewan, where moisture levels have been low since last November. Ontario has received about half of the precipitation expected at this time of the year. The majority of Canadian pulses are grown in the prairie provinces of Alberta, Saskatchewan and Manitoba, with bean production concentrated in southern Ontario and Quebec. Canadian pulse yields this year may be lower than average unless rains come soon.

The situation in Ukraine is different but with its own adverse weather conditions. In southern-east parts of Ukraine, the soil in the fields is saturated with moisture due to prolonged rainfalls. In such conditions, it is impossible to use standard and customary methods of applying crop protection products. However, Ukrainian Institute of Agrarian Economics predicts that the gross harvest of grain and pulse crops in Ukraine will be 8.8% higher than in the previous year. Let's keep our eyes close on this situation together.