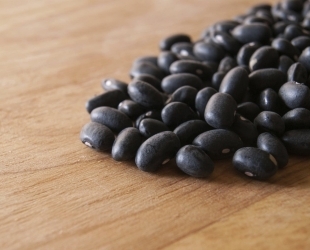 Brazil is the world’s largest producer and consumer of black beans. Production is forecast to increase by 35% over last year up to 438 200 tons. Consumption is expected to be around 421 000 tons, which is almost the same as in 2020. High prices here are forcing consumers to switch to other commodities. Even though some analysts expected that 2020 consumption would be up 15 % in Brazil due to the pandemic, actually it fell off dramatically in the second half of the year due to the high prices.

Argentina’s production is expected to rise by 18% to 201 600 tons. Brazil traditionally consumes almost 80 % of Argentina’s exports but in 2020-21 it will be closer to 60 % as Argentina is picking up new markets like Cuba that used to be supplied by China.

Panelists stressed that China has left the black bean market and that has opened up new opportunities for Argentina and the U.S. The U.S. is invading markets like Costa Rica, Venezuela, Guatemala, Haiti and the Dominican Republic. The U.S. faces no import duties in markets like Costa Rica and Guatemala due to free trade agreements with those countries, while other exporters are hit with 20 to 30 % tariffs.

North American production is expected to fall significantly whereas other regions of the world like South America will increase their production. Production in the USA is forecasted at 242 390 tons, which is almost 25% plunge as farmers chose to plant corn and soybeans instead. Demand is expected to retreat to 2019-20 levels. The carryout will be up to 14 000 tons.

In Canada the situation will be almost the same but on a much smaller scale. Local farmers plan to harvest around 31 300 tons of black beans this year. They will end the season with approximately 2 400 tons or 7% of carryout.

Mexico’s production is expected to increase to 413 000 tons, up from 398 000 tons in 2020. Imports are projected to plummet to 53 000 tons, down from 120 000 tons last year. Due to dry weather in Mexico’s key production states the local supply could fall and imports may rise from projected levels.