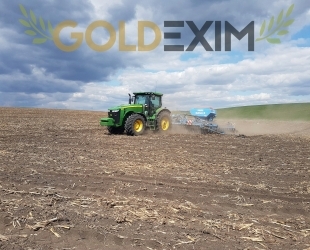 Planting season is fast approaching, and some farmers are already out in the fields.  Let’s get in and figure out the perspectives of the main pulse crops for the upcoming season.

The limitation of crop rotation, and overall margin of peas, beans and chickpeas increased last season so farmers are not going to decrease their acreage under pulses this year.

Ukrainian farmers closely monitor the situation around Chinese market. It has not yet been opened for Ukrainian peas but China is working on phytosanitary agreements with Ukraine.

At the same time importers in China are eagerly awaiting the pending expansion of China’s pea supply chain and need more choice. Ukraine can ship peas to China by sea or by rail. Experts expects Ukraine will be able to deliver the product in two weeks whereas Canadian shipments take three to four weeks and sometimes more than one month.

China imported 2.91 million tons of peas in 2020, a 45 percent increase over the previous year. Canada supplied 2.73 million tons, or 94 percent, of that volume. The United States and France were the other main exporters.

This big increase in imports was due to China’s corn shortage, which led to escalating prices of corn and competing feedstock ingredients such as soybean meal, sorghum and barley. Peas became a comparatively cheap substitute ingredient in the feed market.

Import volumes in 2021-22 will depend greatly on what happens to corn prices in China and pea prices in Ukraine. Demand from the human consumption market in China is expected to remain stable.

Another promising market for Ukrainian peas is Pakistan. Countries have been trading peas for 20 years. Besides that, Ramadan is approaching, so the demand for pulses may double in Muslim countries in April-May 2021. But this is a factor that affects the price cyclically and the market has to be ready for a spike in demand and prices.

The recent snappy rise in prices for pulses in Ukraine may lead to the growth of sown areas. So will farmers plant more peas? Counting all these factors specialists expects a modest four percent increase in pea plantings in Ukraine this season. The sowing areas under yellow peas may increase by 7-9%.

The Chickpeas can be considered as an underestimated culture in Ukraine. The instability of yields does not motivate domestic farmers to cultivate chickpeas. Average farmers and agricultural holdings allocate only small areas under this crop. But experts expect that the chickpea market in Ukraine will grow. The demand for chickpeas was very high before 2018, and it raised prices. This factor contributed to the growth of areas under chickpeas in the following years. In 2018-19, the demand for chickpeas fell, and farmers started to grow corn, wheat and sugar beets. Last year, chickpea prices raised again so this year farmers may increase their sowing areas under chickpeas. Anyway this crops remains tricky due to its unstable yields and continuous price fluctuations.

In Ukraine, beans is the most significant crop among niche pulses, except for peas. About 35% of Ukrainian beans are grown in the western regions of Ukraine because of more precipitation level and mild temperature deviations. Besides that, dried beans are exported mainly to Europe, so western regions of Ukraine are more attractive for farmers in terms of logistics. The planting of beans in Ukraine grew until 2018, then the situation stabilized. Sown area under beans is expected to remain unchanged or will be slightly bigger in 2021 than in previous year.