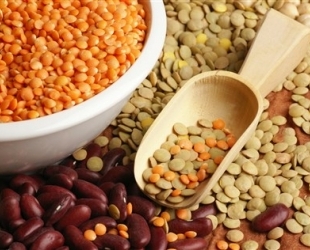 The supply of pulses in Ukraine decreased by approximately 60% compared to the previous MY. The reasons provided for this set-back revolve around the shortage on the market and poor crops. Export offers on the Ukrainian pulses market decreased significantly and vary between 30 and 90%. Chickpeas, lentils and beans are in the lead.

The demand for these crops in Asia and Europe is almost the same and doesn’t have any major difference compared to the beginning of 2020. While the purchase prices skyrocketed by almost 60% compared to the January of last year. These price fluctuations relate mainly to chickpeas, lentils and beans.

Export prices for beans for especially white navy beans and dark red kidney beans increased by 30-35% compared to the previous year. There is a substantial shortage of pinto beans in Ukrainian market whereas the demand is constant and doesn’t change too much.

There is a shortage of lentils in Ukraine, but the prices are not impressive even though the United States and Canada have reaped good harvest and can outcompete Ukrainian suppliers.

Prices for fava beans remained almost unchanged, as well as the proposal from farmers. The quality of these crops has deteriorated slightly due to weather conditions during cultivation which caused deviations in color and size.

Many experts note that while exports of pulses are declining significantly due to high prices and shortages, there is a noticeable growing demand for cereals and groats. Therefore, the price of especially pea groats, is more than 40% higher than in 2020.

According to the FAO report, in November, the growth of the grain price index continued for the fifth consecutive month. Wheat export prices continued to rise, mainly due to and deteriorating yields in Argentina. Corn prices also continued to rise, which was facilitated by active purchases from China, as well as a further decline in production forecasts in two major exporting countries - the United States and Ukraine.

It is anticipated than in 2021 Ukrainian farmers will increase the area under peas, lentils and chickpeas. But the weather conditions and rising prices during 2020 for sunflower, soybeans, wheat and corn, the yield of which is much higher than, for example, lentils or chickpeas may change the plans of Ukrainian farmers who are ready to abandon the idea to grow pulses due to the high prices and yields of cereals and oilseeds.