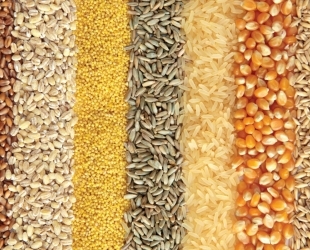 As the press service of the Ministry of Economic Development, Trade and Agriculture reports, the 2019/20 MY (marketing year) ended with a new historical record - 56.7 million tons of grains and pulses were exported to foreign markets from Ukraine.

It is 7.2 million tons more than in the previous MY, when around 50 million tons of commodities were exported, namely:

- other cereals and pulses: 791 thousand tons.

Later, the Ministry of Economy improved the grain harvest forecast to 65-68 million tons. As the development of grain crops accelerated in June due to the high temperatures.

But the excessive June-July rains caused really unfavorable conditions for development of early grain crops in western regions. The rains and flood water damaged and ruined a lot of crops in many western regions of Ukraine.

Whereas the hot weather in southern and central regions caused significant damages to local farmers.  The late crops were developing intensively but soil droughts changed the situation.