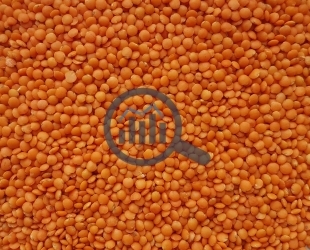 Since Global Pulse Conference 2020 that should’ve taken place in Dubai last month was cancelled due to the well-known reasons, Global Pulse Confederation (GPC) introduced a series of webinars to substitute in a way the lost opportunity to meet and discuss pulses.

Our colleagues registered in the webinar to learn more about red lentils from the experts of the field.

Here are key points that were discussed and are worth sharing in our opinion:

The prices started to go up in April mostly because of stable-shelf products hoarding almost everywhere.

Demand is high while the supply is poor in India. Import duties might be reviewed.

In Canada there was also an increase in sales. Many shelves are empty, however the population is not big enough to take a toll on global supply chain.

Food hoarding is popular among Australian population as well.

Current high demand is estimated to last until the end of 2020 and “relax” rather than collapse at the beginning of 2021. Carry-in amounts will be depleted.

Panic buying in all destinations, supply chain challenges but similar demand in importing countries. There should be a price drop very soon.

Sowing in Canada wasn’t affected much. Decisions and preparations were made in February and March.

Hoarding may influence the increase of plantation areas of up to 10%, more is unlikely.

In Black Sea region the plantation areas will be smaller than the year before. Recent increase in wheat prices may be the reason.

Russia is projected to have the same Red lentil output as in 2019.

Kazakhstan is to plant 105 000 hectares without delays. Estimated exports to be around 76 000 tons.