Supply Volatile Due to Export Shortages And Regulations 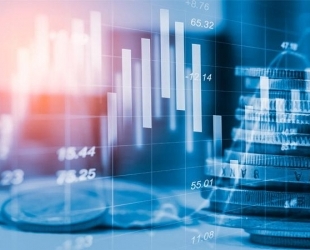 The global pandemic has implicated many countries to turn to nationwide lockdowns causing port congestion, a shortage of workers and containers at ports. In addition, an increasing number of countries have imposed export restrictions on staple products in order to ensure sufficient food supply in the domestic market. Logistical issues have been the main concern in regard to trade due to the above-mentioned factors.

As COVID-19 continues, non-perishable products such as beans and pulses, along with canned counterparts have seen an increase in demand. As a result, both exporters and importers alike are having to adjust their strategies in accordance with swift changes in the market.

Canned and dried beans continue to witness demand increases. Producers of dried beans in the United States and Canada reported having seen an increase in sales both domestically and internationally. State associations in the US have witnessed a 40-50% increase in demand. While US prices have currently been affected mainly at the retail level, grower level prices are also starting to be impacted as well.

Ukraine has signed an agreement with exporters on restricting grain exports at 20.2 million tons for the 2019/2020 season and has temporarily banned the export of buckwheat until July 1 in order to maintain the domestic supply. The government also plans to abolish customs duties on importing cereals such as buckwheat and rice, also effective until July 1.

Romania has gone further as to cutting off grain exports to countries other than the European Union. Although most of the crops have been harvested and exported, similarly to Russia, international prices have risen in fear of a global shortage as major countries take measures to protect domestic supplies.

Turkey's import volume in the top-9 agricultural import products for the country has increased by 72% whereas the import turnover has gone by 58% in the first 2 months of 2020. Turkey has imported 3,300 kmt of wheat, barley, rice, corn, bean, lentil, chickpea, soybean, and sunflower oil in that period and paid nearly 900 million USD for these products.

On 28 March 2020, the Egyptian Ministry of Trade and Industry issued Decree no. 194 imposing an export ban on all kinds of legumes for three months in response to the outbreak of COVID-19.

On 1 April 2020, green beans, peas, and peanuts were excluded from the Decree based on correspondences of the General Organization for Export and Import Control (GOEIC).

COVID-19 has caused several countries to impose export regulations and limits. While logistical difficulties have so far been the main factor disrupting the supply chain, labor shortages in production sites are expected to rise as the biggest issue in the agriculture industry. In this situation, food exporters are under pressure to find alternative markets or to keep up with increasing demand from unexpected markets.