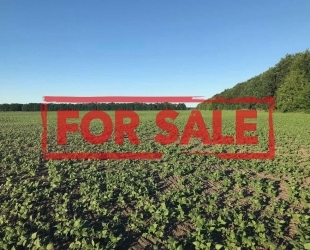 Ukraine is an agricultural powerhouse that has long since earned a proud reputation as Europe’s “breadbasket”. Two-thirds of Ukraine’s vast territory, the largest in Europe, is made up of rich agricultural lands. The agricultural sector is the foundation of the national economy and represents 40% of Ukraine’s GDP. However, Ukraine is one of only six countries on the planet that still don’t have open land markets.

The law establishes some general principles for the functioning of Ukraine’s agricultural land market, e.g.: The law should become effective on 21 July 2021 and will enable Ukrainian citizens to dispose of, acquire and change the designated use of privately owned agricultural land.

Here are the main excerpts from the law:

• Ukrainian banks, including banks with foreign capital, will also be allowed to acquire agricultural land in the course of the enforcement of mortgages. Subject to the mandatory sale of such land within two subsequent years.

• Legal entities owned by Ukrainian citizens will be allowed to purchase privately owned agricultural land and to accumulate a land bank of up to 10,000 hectares starting from 1 January 2024. At the same time such 10,000 hectares limitation does not apply to the banks.

• Until 1 January 2030, the purchase price of agricultural land allocated to the owners of land shares shall not be lower than the normative monetary value of such land.

• The priority right for the acquisition of land is transferable.

• Cash payments of the purchase price are no longer allowed; payments can be made only via bank transfer.

• The purchaser of agricultural land will be required to document the source of funds used for the purchase.