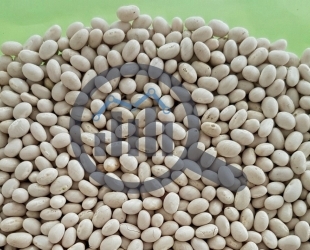 Because of the nutritional value the beans are always of a high demand. Bean protein is a good alternative to meat, it contains B, C vitamins and other nutrients.

Domestic demand for beans is quite low. Ukraine doesn’t consume a lot of beans comparing to Latin American countries. Ukrainians prefer the so-called large varieties of beans (150-200 pieces per 100 g), which are mostly cultivated in small quantities on private backyards in the villages. These beans are also exported, but they have a number of problems which made our company part our ways. First and foremost, it is quality. The quality of certain batches themselves is often superior, without any drawbacks. Since it is cleaned by hand, it does not have broken, damaged beans, which is a common problem with the mechanical method of harvesting. The beans are grown on small patches of ground and in many different places, all the seeds are different, the methods of cultivation are different and it is almost impossible to achieve the homogeneity of the batch, which is so highly appreciated by foreign consumers. It takes a lot of effort to get full truckload together. And the second problem is the pests, as plants protection agents are rarely implied to prevent the appearance of the infamous bruchus.

Compared with other countries in the Black Sea region, Ukraine has seen an increase in both plantation areas and bean yields in recent years. Due to the huge export demand in the 2019-2020 season, we forecast that the plantation areas will double in 2020.

For the last six seasons, the export of beans from Ukraine have shown almost a tenfold increase - from 2.6 thousand tons in 2014/15 MY to 25.11 thousand tons in 2019/20 MY. For export numbers we accounted only the shipments of white small beans (Navy Beans). Large varieties were not taken into account. There is no complete information for the 2019-2020 season yet, but some statistics sources suggest that it will double in comparison to the last season.

Nowadays, the main consumer of Ukrainian beans is the European Union with about 70% of all the quantities settling there.

In recent years, Ukraine has significantly increased its exports of beans and has now become a leading exporter from the Black Sea region. Export growth was possible because of the steady growth of beans production, which will continue to increase, due to the fact that the profitability of beans cultivation is much higher than that of soybeans, although it is not an easy venture to harvest a good bean crop.