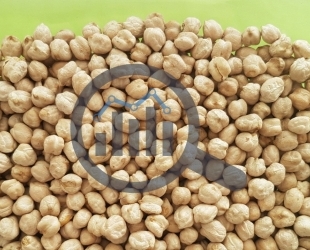 The short history of chickpea cultivation in Ukraine is rather "turbulent". After a rapid increase in demand in 2017, the price of chickpeas did the same, many farmers ventured to grow a little-known pulse. As a result of good harvests in 2017 and 2018, respectively, the price has fallen sharply. There were several reasons for this - favorable weather, which allowed farmers to collect decent volumes not only in Ukraine but in all major production countries; as well as the introduction of high import duties on a number of pulses by the biggest consumption market – India (which actually made it impossible to export to this country directly and paralyzed the market for some time).

Despite the sharp drop in exports in 2018, Ukrainian farmers continued to trust pulses.

Considering data analysis from a number of sources, the situation is as follows:

According to the results of 2019/2020 MY, the planted area under chickpeas in Ukraine was 37 thousand hectares, which is 20.5% lower than in 2018/19 MY. A stable situation on cultivated areas under chickpeas remains only in the southern and eastern regions of Ukraine, where the climate is drier. In the western and northern regions, after failed attempts to succeed in harvesting, farmers refuse to grow chickpeas and prefer other, more profitable pulses like white small beans. The most common problem is the amount of beans stained with soil. Black soil (Chornozem) is known for its fertility dominates in this area, as well as higher rainfall compared to more arid regions in the south of the country.

According to official data of the State statistics service of Ukraine, as of November 1, 2019, about 30.7 thousand tons of chickpea were harvested in Ukraine, which is by 42.20% less than in 2018/19. Official data show that the yield is less than 1 t per 1 ha, while under normal conditions, the yield varies in the range of 2-3 t per 1 ha.

Chickpeas are undoubtedly an export-oriented culture for Ukraine. Over 90% is exported to Asia and the Middle East. In Ukrainian cuisine, chickpeas are practically absent. Unknown to the general public at first, chickpeas diversified the food basket among other pulses such as peas, beans and lentils with the pass of time. Despite the availability and ability to buy chickpeas in the market and in various supermarkets, the consumption remains at a rather low level and most of the volumes that stay in Ukraine are processed for enriching animal feed with protein.

As a result of the decline in demand from India, exports dropped significantly and demand for chickpeas from the leading importer decreased. Due to the manipulation of the middle man and importers in India, the government solved the problem in two steps: the imposition of afore-mentioned import duties and a number of government programs aimed at promoting the cultivation of pulses, including chickpeas, among local farmers.

The market can’t remain isolated for a long time and Pakistan, Bangladesh and Myanmar has somewhat replaced India, through the territories of those countries considerable amount of chickpeas are entering the largest market in the world.

In conclusion, after a significant downturn and overproduction, the chickpeas market is beginning to "wake up" in the early 2020s. The decrease in production has made it possible to balance supply and demand, the previous stocks have been almost sold out and therefore there is a hope that further demand will increase. This finicky scale can be tipped again in another direction by the infamous COVID-19, which already shows its potential to bring serious ramifications for the global economy. As always, time will tell.