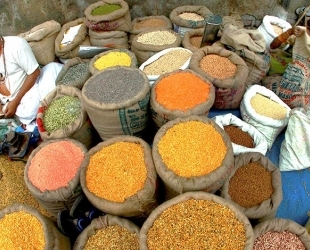 In 2017 India implemented a number of tariffs on imported chickpeas and lentils, a 30% duty, in a bid to protect domestic production.

As part of its efforts to curb imports, the government started fixing import quotas in 2018. India is the world's biggest producer and consumer of pulses, and mainly consumes varieties such as yellow peas, lentils and chickpeas. Farmers from all over the world mainly rely on Indian demand.

As the result, India's domestic stockpile of pulses could deplete to critical levels by the end of this year and the country will be back into the market to restore its supplies, which will create an opportunity for suppliers from Ukraine to capitalize on the situation following strict import tariffs.