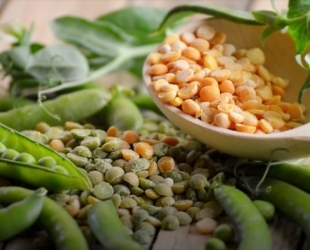 Global production of peas is expected to be around 12.6 mln tons in 2021 which is 6% less than it was back in 2020. The production peaked in 2017 at (14.4) mln tons. There are 6 countries (Canada, Russia, India, France, USA and Ukraine) that can be considered as major producers and which concentrate 76% of global pea production.

Let’s have a closer look at the perspectives of major suppliers. Canada is the world’s leading producer of peas has been reducing its planting areas since 2019. Total reduction is fluctuating between 5-21% depending on a province. The overall production is expected to be 4 mln tons which is 15% lower than in previous year. Yellows will go down by 9% and greens by staggering 37%. This decline can be explained by the cost of returns per acreage which does not work in favor of peas production. Green lentils, flax and canola have taken the lead and are the most profitable among Canadian farmers.

China is the major pea importer. Chinese import of peas is around 2.8 mln t which is 40% of global pea imports. At the same time India, has lost its role of a major importer and increased its focus on domestic pea production. Bangladesh is the second big importer with its 600 thou tons, Pakistan imports 195 thou tons, Spain – 175 thou tons and UAE – 75 thou tons. Total global import is projected to be around 7-7.2 mln tons.

Summarizing the key factors that will shape the global dry pea trade in 2021 we have to admit that significant shifts in global pea markets have been underway. There are a few factors that sway the market. The swing toward more plant-based proteins is starting to move the needle on pea demand. Production prospects of the major pea suppliers have been declining. And finally the rise of global demand of peas for feed and effects of global pandemic make their impact on prices as well. Considering all these factors we can easily say that on the balance of probabilities it is likely that global pea prices will increase this year.