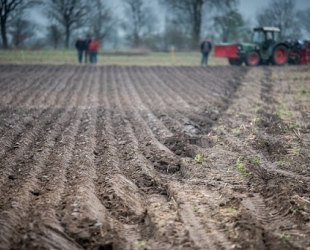 According to the Ukrainian Ministry for Economy, Trade and Agriculture Development, Ukrainian farmers have started the sowing of early spring crops.  Nevertheless, sowing campaign in Ukraine started a little later than last year. Unstable weather with temperature fluctuations and precipitation delayed the sowing of spring crops.

According to preliminary data, the area of crops in all categories of farms for the 2021 harvest is expected to be within 28.1 million hectares, or 378 thousand hectares more than in 2020.