Optimistic Forecasts Of Grain Crop In Ukraine For 2021 Season 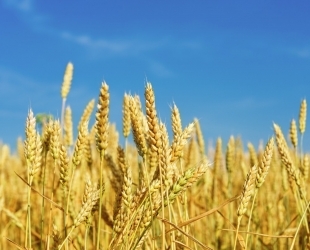 As the 2021 sowing campaign in Ukraine has just started the Ukrainian Ministry for Economy, Trade and Agriculture Development, made its first forecasts for the production of grains and pulses which can reach 73.8 mln tonnes in Ukraine in 2021, which is more than 10% increase compared to the 2020 season. Wheat crop crow grow by 10% as well to 27.5 mln tonnes, barley crop will increase by 2-3% to 8 mln tonnes but the main increase is anticipated in production of corn – almost 20% increase to 35 mln tonnes.

Taking to account the current volumes of domestic consumption, the export potential of Ukrainian grains can reach 54.2 mln tonnes – almost 20% increase compared to the previous season (45.5 mln tonnes), but 1% less compared to the record of 2019/20 MY (54.9 mln tonnes).

Among the main optimistic factors there are:

- high interest to the production of main crops;

- good weather during the winter period;

Despite the optimistic forecasts, the production and trade risks remain high. Weather conditions affect the agricultural market of Ukraine more than political, economic or social factors. The country had experienced an anomalous drought during the last couple of seasons. Due to extended periods with high air temperatures and low rainfall, the amount of moisture in the soil has dropped dramatically. This could affect both early-planted crops at the final stage of vegetation and late-planted crops during the crop formation period.